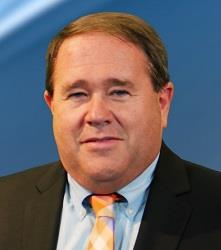 Jeff Arnott is the current Director of Adult Education for Brevard Public Schools. After graduating high school in 1986, he attended the University of Florida to become an educator. Following graduation, he went to work as a teacher in Polk County. There he taught all levels from Advanced Placement to ESL classes. He also coached several sports and served as an Athletic Director.

In 1999, he went to work for his father’s company, Arnott Inc. as a marketing and sales manager traveling the USA selling air suspension products.

In 2003, following his passion, he had the opportunity to return to education as an assistant principal in Osceola County. After 5 years, he then moved to Key West to become an administrator at the middle school. After a major scandal broke out in the Florida Keys involving the district’s adult education department, Jeff volunteered to go in and get the program back on track. He took what was one of the worst programs in the state and turned into a model for the nation. In addition, he was the principal of the alternative school and the Director of Career Education. Jeff has been involved in writing and maintaining several grants including Race to the Top.

In 2012, Jeff moved to Brevard County to lead the 8th largest adult education program in Florida! Since coming on board, Jeff has revamped the curriculum, expanded their offerings, strengthened their partnerships and has grown their adult high school program to the 2nd largest in the state. In addition to having the largest social media following in the USA, their state performance is to be envied.

Jeff was named Florida’s Adult Education Administrator of the Year for 2015 and CareerSource Florida Partner of the Year for 2016. He was elected by his peers to represent the southeast USA for the Coalition for Adult Basic Education (COABE), an organization that advocates for 55,000 adult educators from around the world. He will be joining their executive board as secretary this fall. In addition, he was elected as the ACE of Florida President-Elect, the state advocacy group that represents adult educators in the Sunshine State.

Jeff is an adjunct professor at Indian River State College and conducts numerous trainings for the Florida Department of Education through IPDAE.

In his free time, he enjoys traveling. In addition, he is working on his doctorate at the University of Pennsylvania.