UPDATE (Jan. 24, 2023) - Society for Science and Regeneron Pharmaceuticals, Inc. congratulate the 40 finalists in the Regeneron Science Talent Search 2023, the nation’s oldest and most prestigious science and math competition for high school seniors.

Brevard Public Schools is proud to announce that Viera High School student, Lavanya Natarajan, has been named a top 40 finalist!

The 2023 finalists were selected from 1,949 highly qualified entrants based on the originality and creativity of their scientific research, as well as their achievement and leadership both inside and outside of the classroom. Each finalist is awarded at least $25,000, and the top 10 awards range from $40,000 to $250,000.

A full list of the finalists can be viewed here. 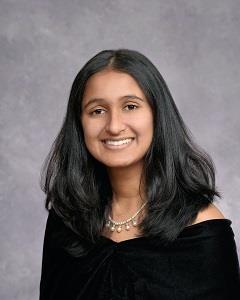 Brevard Public Schools is proud to announce that Viera High School student, Lavanya Natarajan, has been named in the top 300 with the project “A Prescriptive IoT Solution To Detect and Mitigate Fugitive Methane Gas in Landfills via a Supervisory Control and Data Acquisition System.”

The Regeneron Science Talent Search scholars were selected from 1,949 applications from 627 high schools across 48 states, Washington, D.C., Puerto Rico, and four other countries. Scholars were chosen based on their outstanding research, leadership skills, community involvement, commitment to academics, creativity in asking scientific questions, and exceptional promise as STEM leaders demonstrated through the submission of their original, independent research projects, essays, and recommendations. The 300 scholars hail from 194 American and international high schools in 35 states and China.

The full list of scholars can be viewed here.