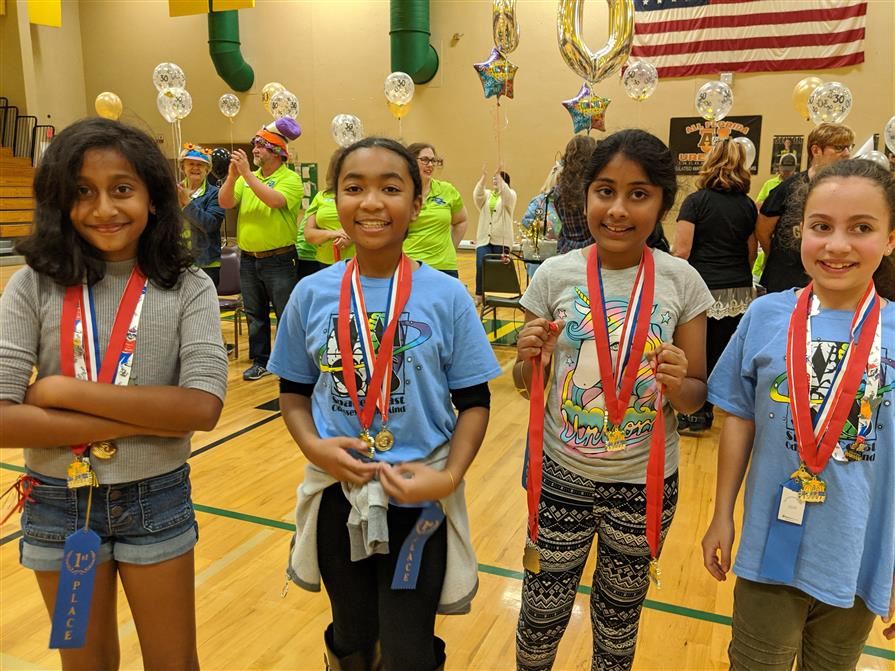 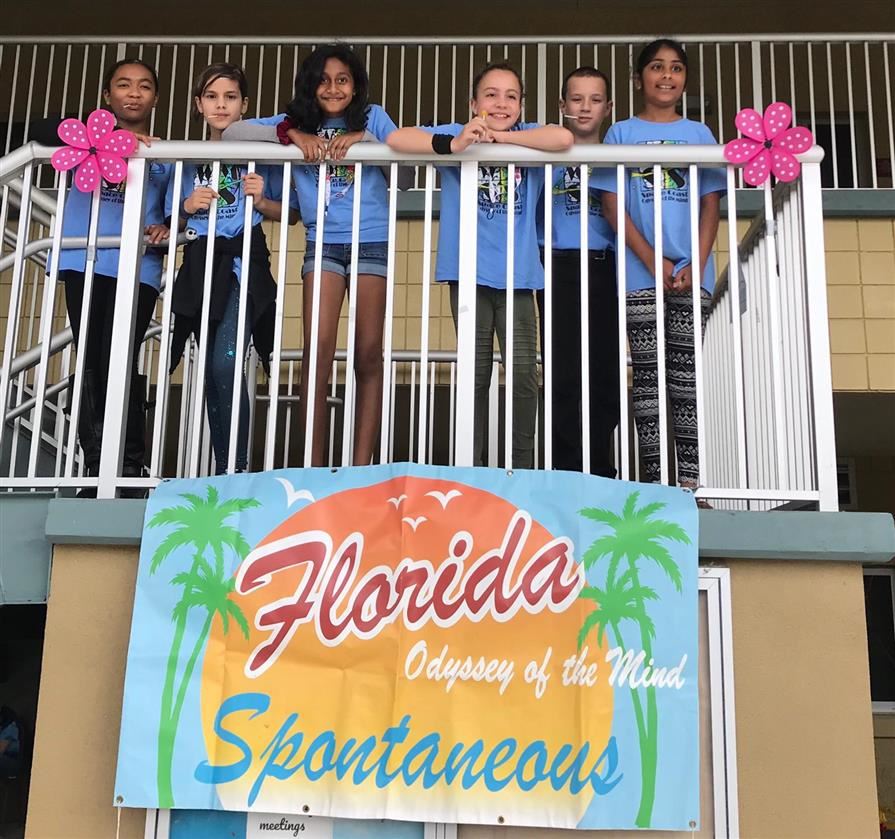 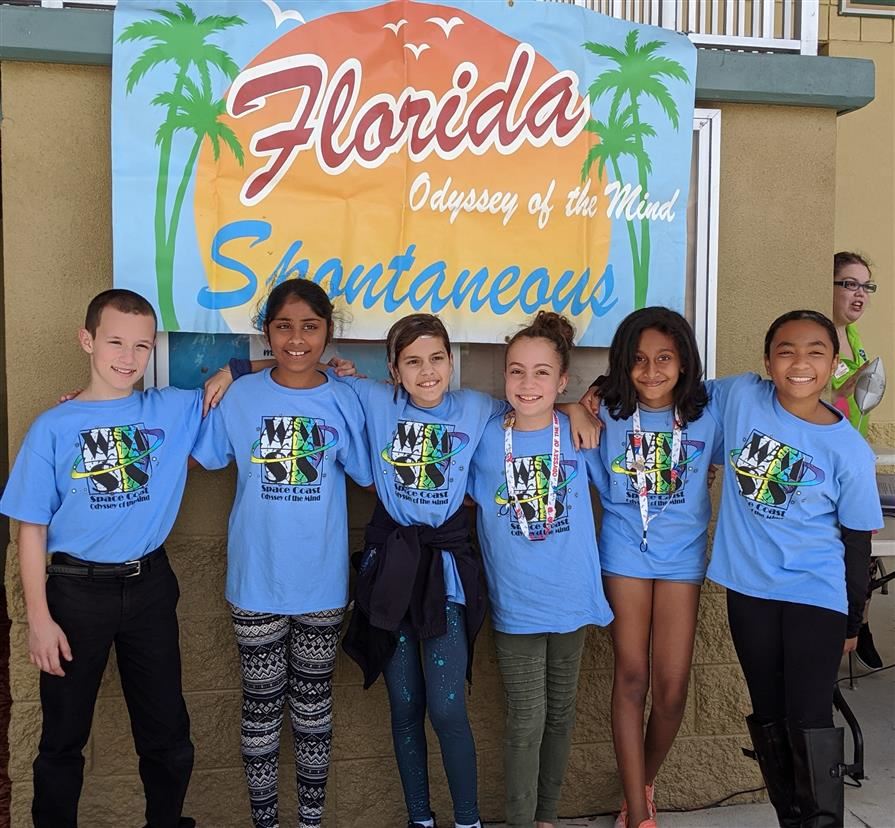 Odyssey competition is divided into two, equally weighted competitions: Spontaneous and Long Term Problem Solution.  Spontaneous problems were practiced each week starting in September.  They include, verbal, verbal hands-on, and hands-on.  Each problem is timed and the results are scored on teamwork, creativity of the solutions, how well the team solved the problem, and other parameters.  On the day of competition, it is unknown what kind of problem the team will have to solve.  At yesterday’s competition, the team was given a hands-on problem to solve, and they achieved a PERFECT SCORE!!

The other part of the Odyssey competition involves an eight minute presentation of their Long Term Problem solution.  There are five different categories: vehicles, technical, Classics, structure and drama.  My team chose The Classics.  This year’s problem was called  The Effective Detective, and the mystery they had to solve was what happened to the ghost ship, the Mary Celeste.  All backdrops, props, etc. had to fit in a box that totaled no more than 62 inches, with one side limited to 27”!!!  Not only did the team receive a near perfect score, they were the ONLY team, out of 18 in their division, to have an actual backdrop that was 10 feet wide and over 5 feet tall!!

At the awards ceremony, awards were given for performance in Spontaneous.  WMSS, Problem 3, Division I, was awarded First Place for the performance during Spontaneous.  Moving forward, awards were given for each problem (First through Fifth).  Our team received First Place in their division and are invited to go on to the State competition in Orlando in April!!

Finally, the Renatra Fusca awards were given out.  This is a highly coveted award that is not freely given.  The Renatra Fusca Creativity Award is given to a team or individual for demonstrating outstanding creativity. This award embodies all that the Odyssey of the Mind program represents. It is presented at all levels of competition from regional tournaments to World Finals.  Our team received this award for outstanding engineering and creativity for their backdrop design!!

I could not be more proud of this team and their hard work and dedication to Odyssey of the Mind.  They have spent over 77 hours working together as a team, plus the additional time that each team member must put in at home making their costumes, props and memorizing their lines.  This is an incredible accomplishment and I am honored and proud to be their coach.